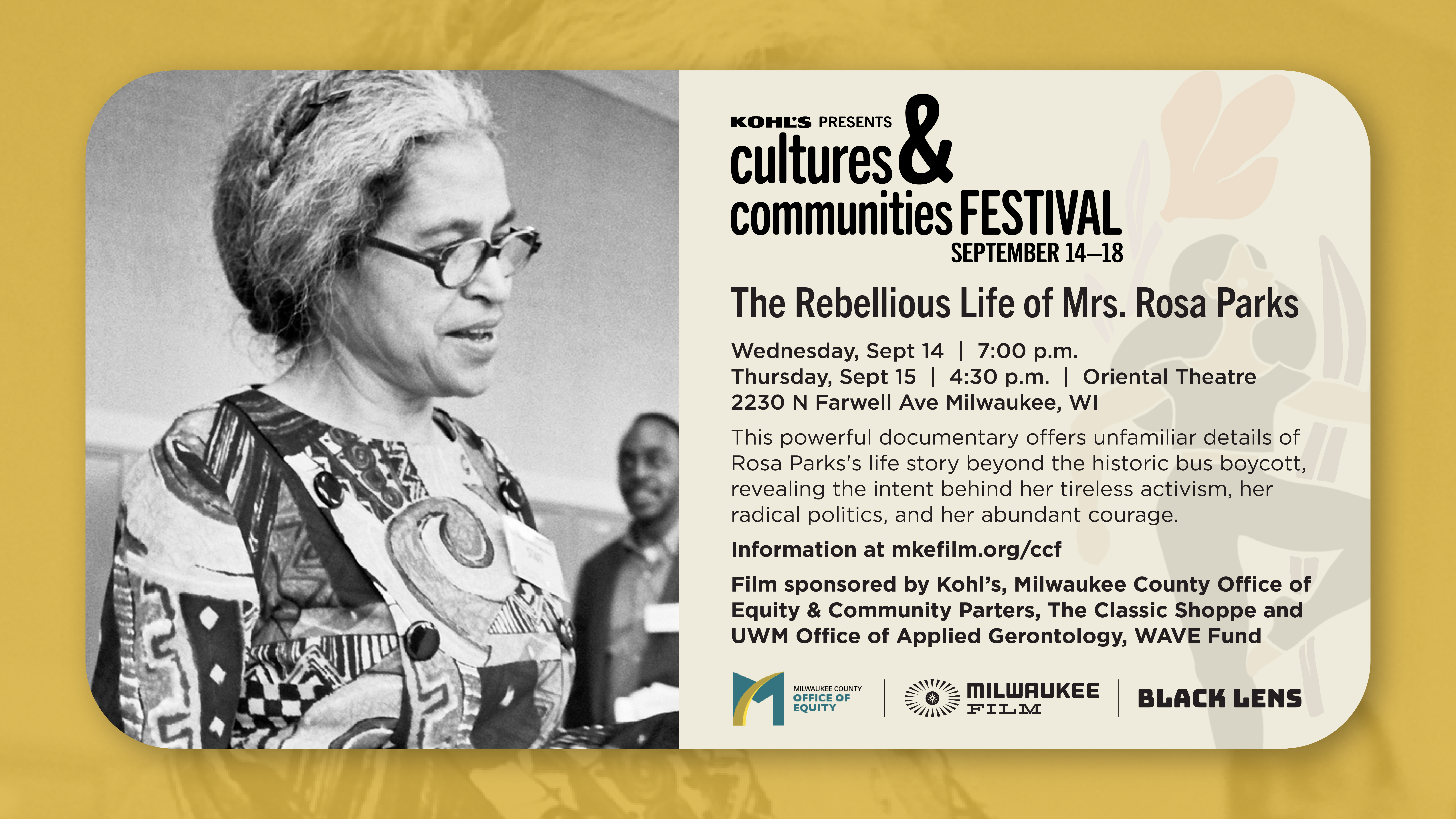 It has long been thought that Rosa Parks acted as an accidental participant in such a historical moment during the civil rights movement. The Rebellious Life of Mrs. Rosa Parks documentary uses archival footage, interviews, and her own writing to show her lifelong fight against segregation throughout the country. This powerful documentary is adapted from a book of the same name.

The Rebellious Life of Mrs. Rosa Parks will be screened as a part of the Cultures & Communities Festival by Milwaukee Film. The film will open the festival on September 14 at 7 pm at the Oriental Theatre, with a post-screening conversation with Dr. Jeanne Theoharis, Rosa Parks biographer and Milwaukee native. A second viewing of the film will be on September 15 at 4:30 pm, with a limited number of free tickets available to students that present their student ID.

Arts and culture, health and wellness, equity and inclusion, and centering the lived experience of people of color are the focuses of the films, speakers, and public forums during the five-day Cultures & Communities Festival. The festival was originally established in 2019 as the Minority Health Film Festival. To view the full schedule of events for Cultures & Communities Festival, visit Milwaukee Film.