Paving the Way to a Restored Pompeii Square 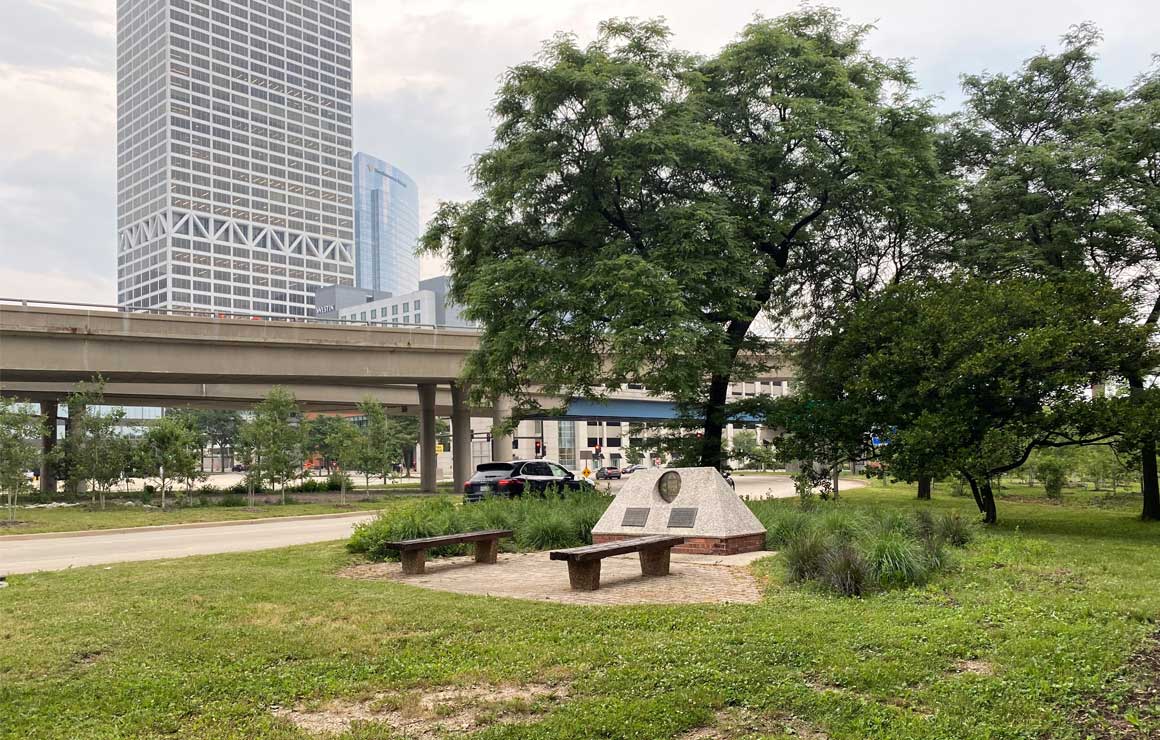 The Pompeii Men's Club and Pompeii Women's Club are selling paver bricks at $50 and $100 each that will be engraved to raise funds to restore the monument at the site of the former Our Lady of Pompeii Church. Located at the end of the Jackson and Van Buren Street off-ramp, the monument is across from the former site of the Pompeii church on the northeast end of the Historic Third Ward. “The Little Pink Church,” as it became known, was built by Milwaukee’s Italian community in 1904 and stood until its demolition in October 1967, to make way for the I-794 freeway.

The monument was dedicated in 1977. However, it is currently in disrepair with severe cracking of the brick base. To fund the monument and base refurbishments, the organizations are hosting a brick paver sale. Engravable brick pavers can be purchased by completing the order form found on the Pompeii Men’s Club website at www.pompeiimensclub.com under the “In The News” tab. 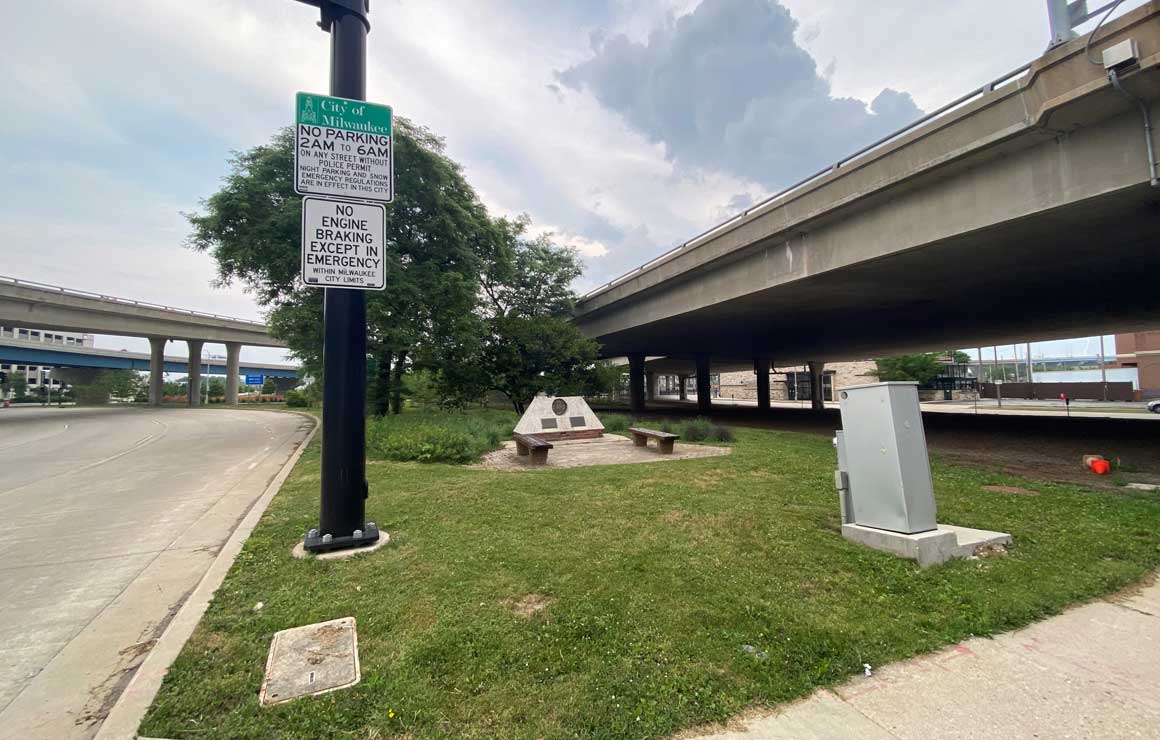 “Many of us have parents, grandparents or relatives who attended the Italian-built church,” said Men’s Club President Chuck Lazzaro. “It is important that we – in their memory and in honor of Milwaukee’s Italian community – restore the monument, a landmark to our heritage in our city.”

“This is an opportunity to create a more welcoming gateway into the heart of Downtown, strengthen the under-freeway connection between neighborhoods, while also celebrating the historical significance of the site” said Jim Plaisted of the Historic Third Ward Association. 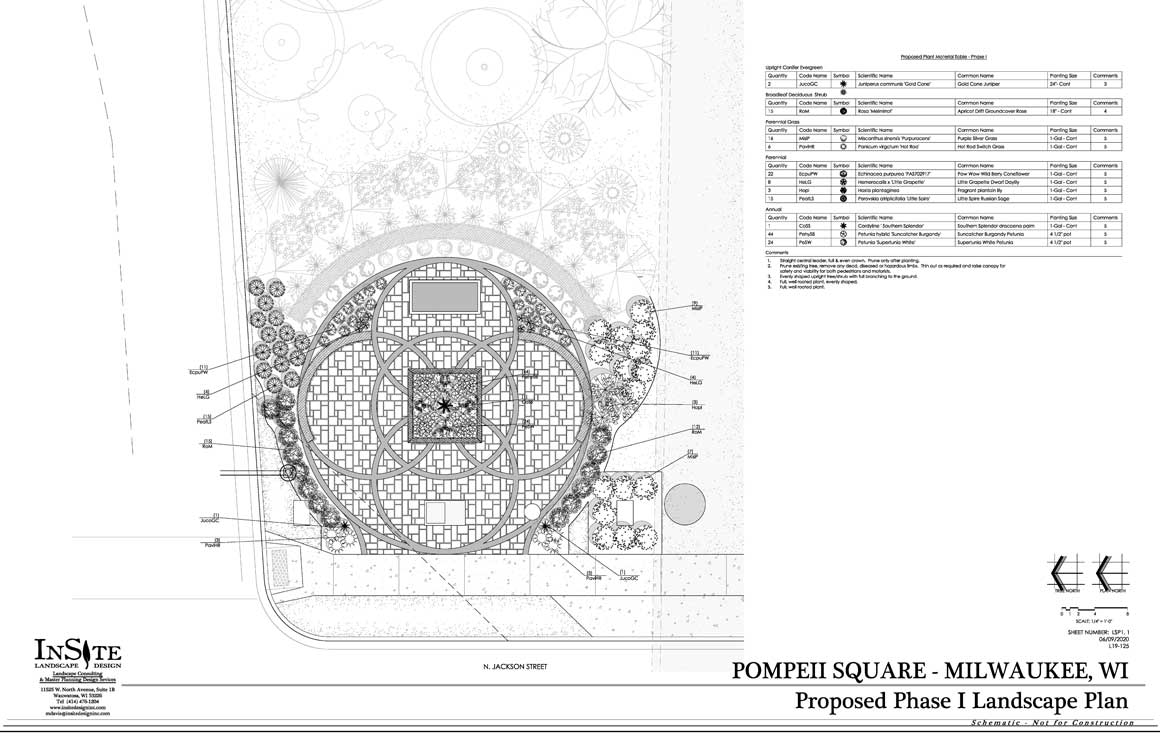 In addition to refurbishing the monument and its base, the other site improvements include landscaping, stone seat walls, and lighting. The paver bricks sold will be engraved and incorporated into the plan. “Over 25,000 automobiles pass on the streets that surround Pompeii Square each day. As the Pompeii organizations raise funds to improve the monument itself, the timing is perfect to enhance this highly visible entrance into downtown’s central business district and Third Ward. We can create a better aesthetic experience to let our downtown workers, residents, and visitors know they are arriving in an important place,” said Matt Dorner of Milwaukee Downtown, BID #21.

With a boost from a successful fundraising campaign, the improvements are scheduled to be completed later in 2020. 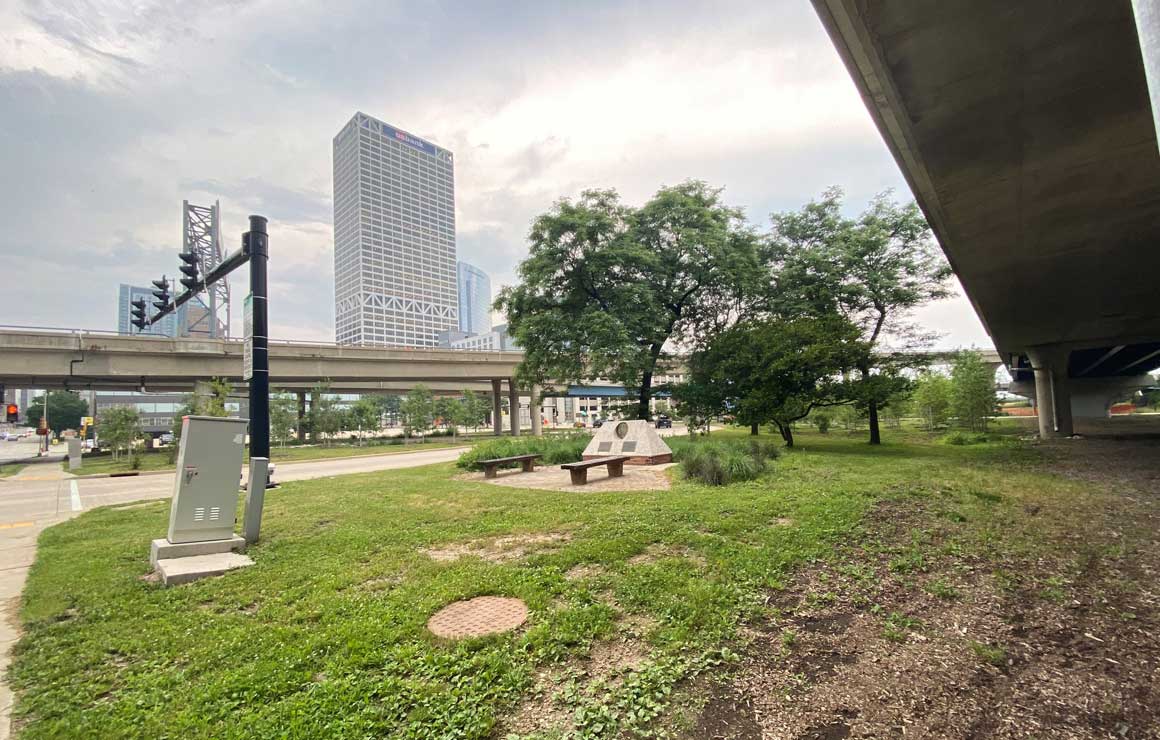